kel.bz Where I take notes.

A good starting point seemed like finding a reasonable estimate for the best possible latency. Wolfram Alpha will show straight line travel times using the speed of light in fiber between two locations which gives a useful lower bound for estimating latency. No network traffic traveling from e.g. Austin to Dallas would beat the speed of light traveling through a fiber line so we could assume that a packet from Austin to Dallas would take at least 1ms for each leg of the trip. 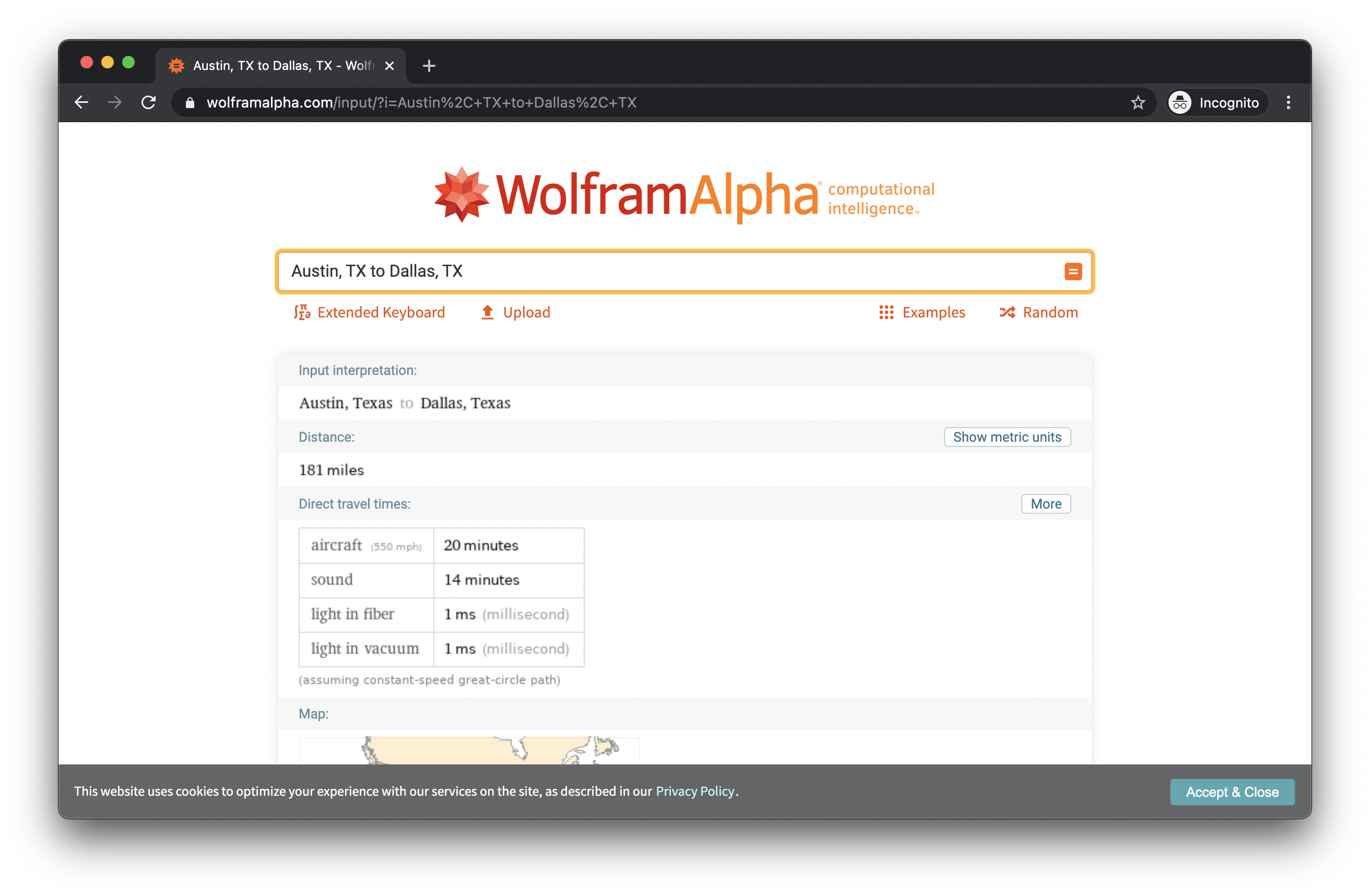 Vultr has a list of hostnames that correspond to specific locations here so we can also see what the actual RTT would be. A mtr run on an older Raspberry Pi B+ hooked up to my home router in Austin shows latency of 9.7ms on average.

I repeated this process a few times for various Vultr servers. All times use Austin as a source. I used mtr $VULTR_HOST -rwc 25 for each test.

The light in fiber travel times from Wolfram Alpha are for a single leg of the trip so it seems like a reasonable approximation to expect a 4.8x to 1.5x increase in latency from the best case estimate.

I assume at closer distances last mile problems are more prominent as the 4.8x increase is a bit of an outlier. Ignoring Dallas results, the latency multiple is in the 1.5x-2.5x range.

This isn’t the exact script I used for the data above but you could test this yourself using this bash script I wrote.